The Enduro World Series kicks off the 2021 season in style this week with back to back races amongst the towering peaks of the Italian Dolomites.
Met Helmets EWS Val Di Fassa Trentino has set the stage for an incredible few days of racing, with the pros lining up not once, but twice to tackle an incredibly physical course that will push both bodies and bikes to the limit.
Racing gets underway on Wednesday with a pro-only race, as the world’s fastest line up for a huge day of racing over four tough stages. The first race of the year always brings with a weight of expectation, and no one will be feeling it more keenly than Richie Rude (Yeti/Fox Factory Team) who won the men’s race here in 2019 by a decisive margin of nearly 20 seconds.
However, he’ll be up against some stiff competition as three times Series Champion Sam Hill (Team Chain Reaction Cycles) will be back in the mix and has already stated his intention that he’s back to win. Trying his best to stop him will be Jesse Melamed (Rock Mountain/Race Face Enduro Team). Melamed crashed out of the race here in 2019, but after two wins last season he’ll be feeling confident and ready to exorcise some demons. Adrien Dailly (Lapierre Zipp Collective), Florian Nicolai (Trek Factory Racing) and Eddie Masters (Pivot Factory Racing) represent the usual podium threat, with the addition of Antoine Vidal (Commencal Enduro Team) who will move up from the U21 category this season.
In the women’s race Isabeau Courdurier (Lapierre Zipp Collective) will once more take to a start line as the firm favourite to be on the top step of the podium. The French rider won here in 2019 by over 34 seconds, ahead of Andreane Lanthier Nadeau (Rocky Mountain/Race Face Enduro Team) and Noga Korem (GT Factory Racing) in second and third place respectively, and only a fool would bet against repeat performances from these two. Other names to watch out for include Germany’s Raphaela Richter on the newly formed Juliana Free Agents team along with Morgane Charre (Pivot Factory Racing) and Melanie Pugin.
In the U21 Men it’s the UK’s Jamie Edmondson who’s the top seeded rider, but he’ll be up against tough competition from Specialized Racing’s Francescu Camoin and Lapierre Zipp Collective’s Lisandru Bertini. In the U21 Women Sophie Riva will be chasing victory on home soil and trying to stop her will be Anna Newkirk of the USA and Polly Henderson of the UK.
Leonie Picton (Liv Racing) makes her debut racing in the Master competition, and she’ll be up against former Series Champion Mary Mcconneloug of the USA and Daniele Michel of Switzerland. Cedric Ravanel (Commencal Enduro Team) and Karim Amour will reignite their battle for the top spot in the Master Men category.
In what is set to be the biggest week of racing in EWS history, the pros will race on Wednesday and again on Saturday. Amateur racers will get between the tapes on Friday for the EWS100 and EWS80, followed by watching the professional riders take on the first ever Pro Stage on Friday evening. With extra points up for grabs, this new addition to racing is bound to unleash the drama right out the start gate. 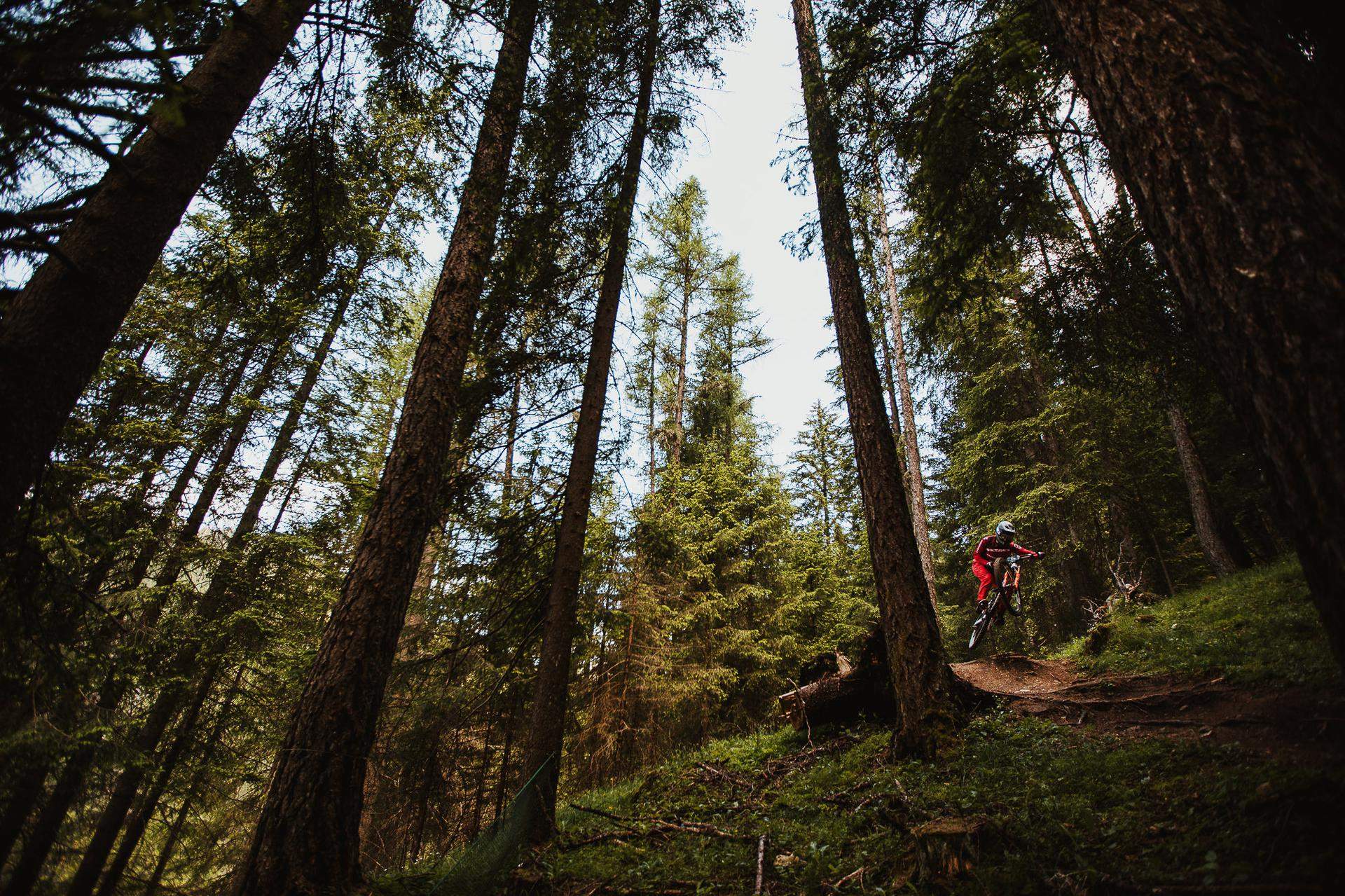