The second outing for the pro racers at Met Helmets EWS Val Di Fassa Trentino eclipsed the drama of the first to produce one of the most exciting races to date. 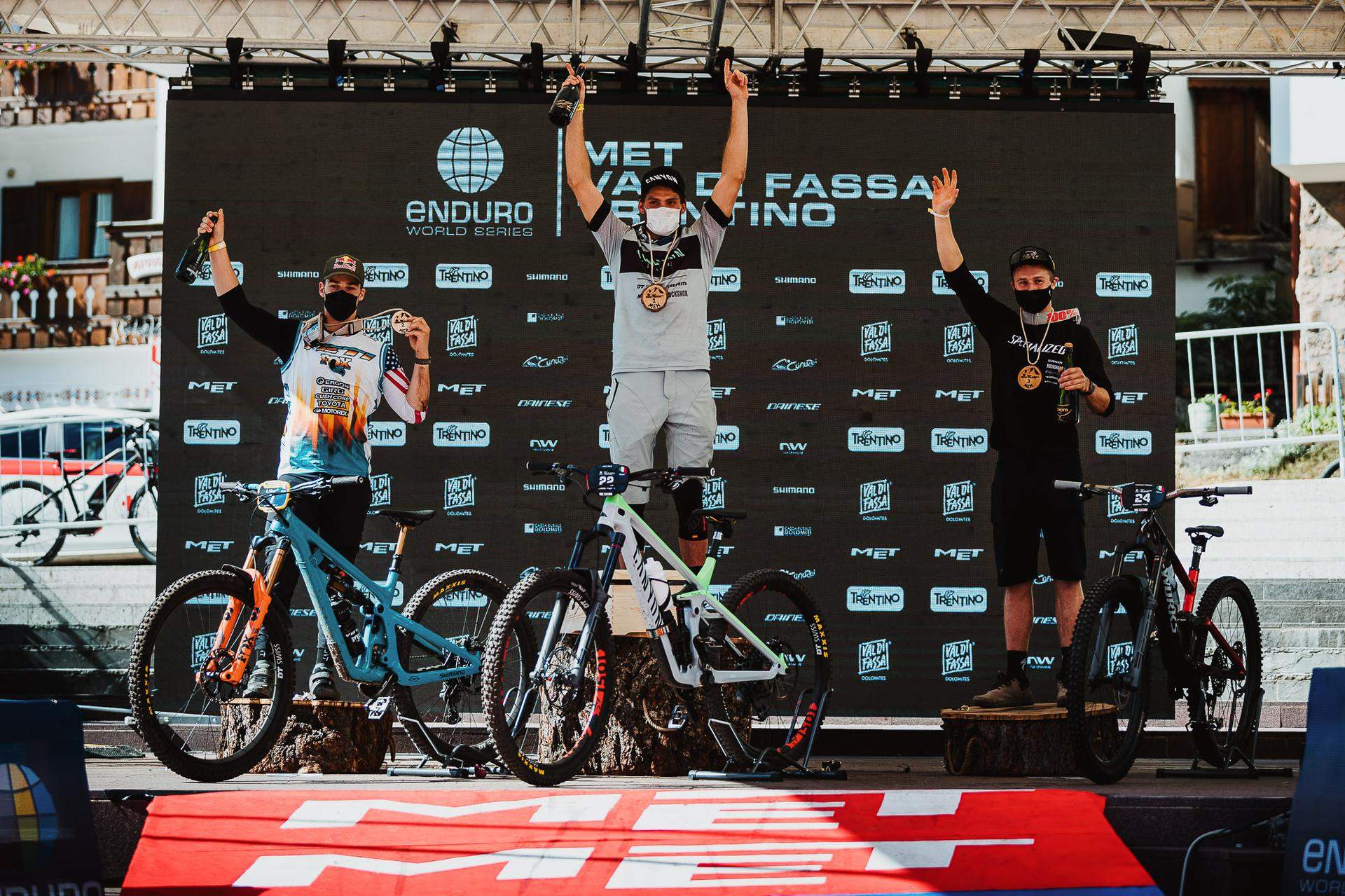 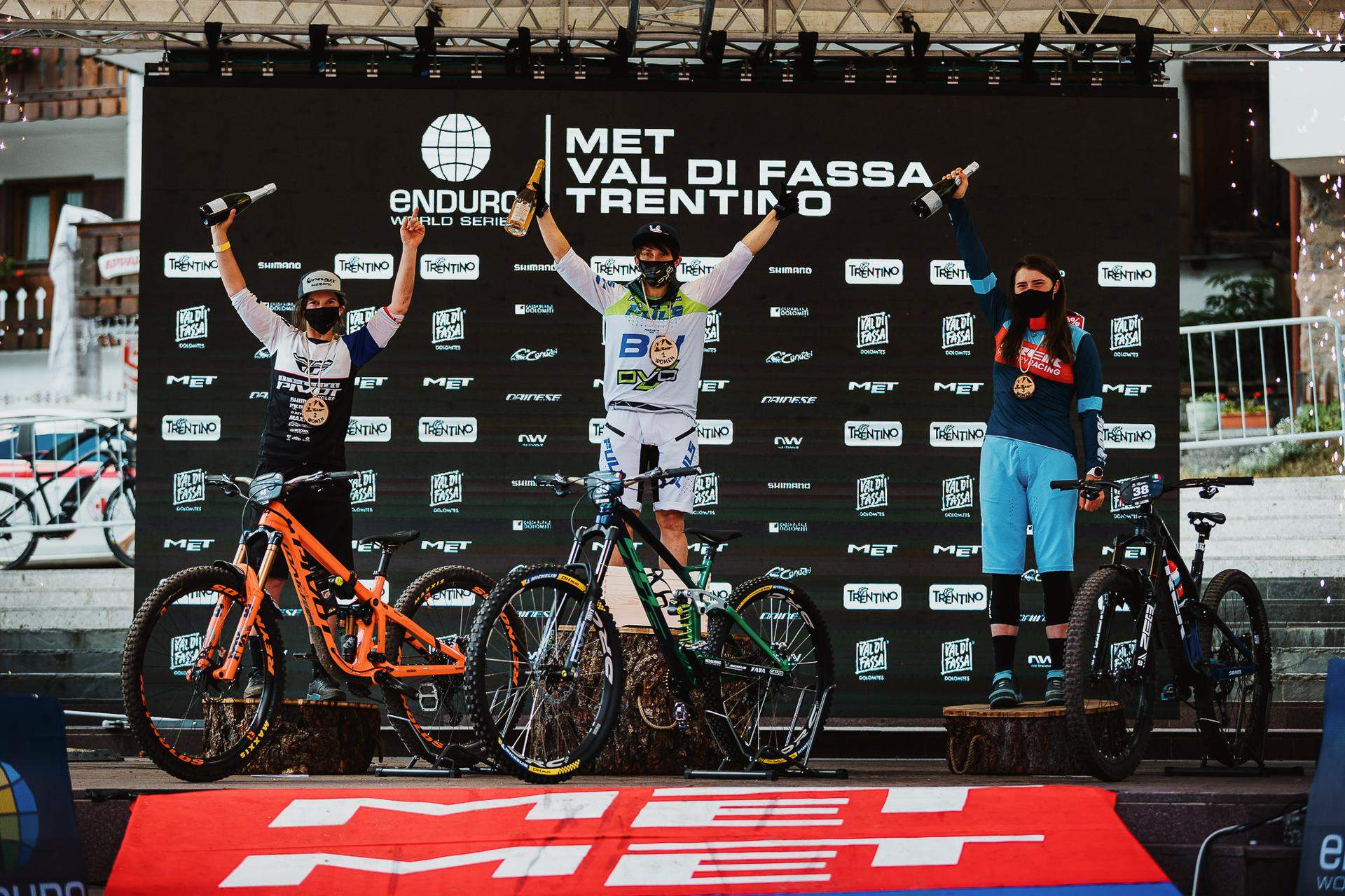 Things got off to an electrifying start when a storm rolled in just ahead of the top men and women dropping into the Pro Stage on Friday night. With extra points on offer it was all to play for, but with the fastest women experiencing the worst of the rain, the natural order of things was shaken up right out the start gate. 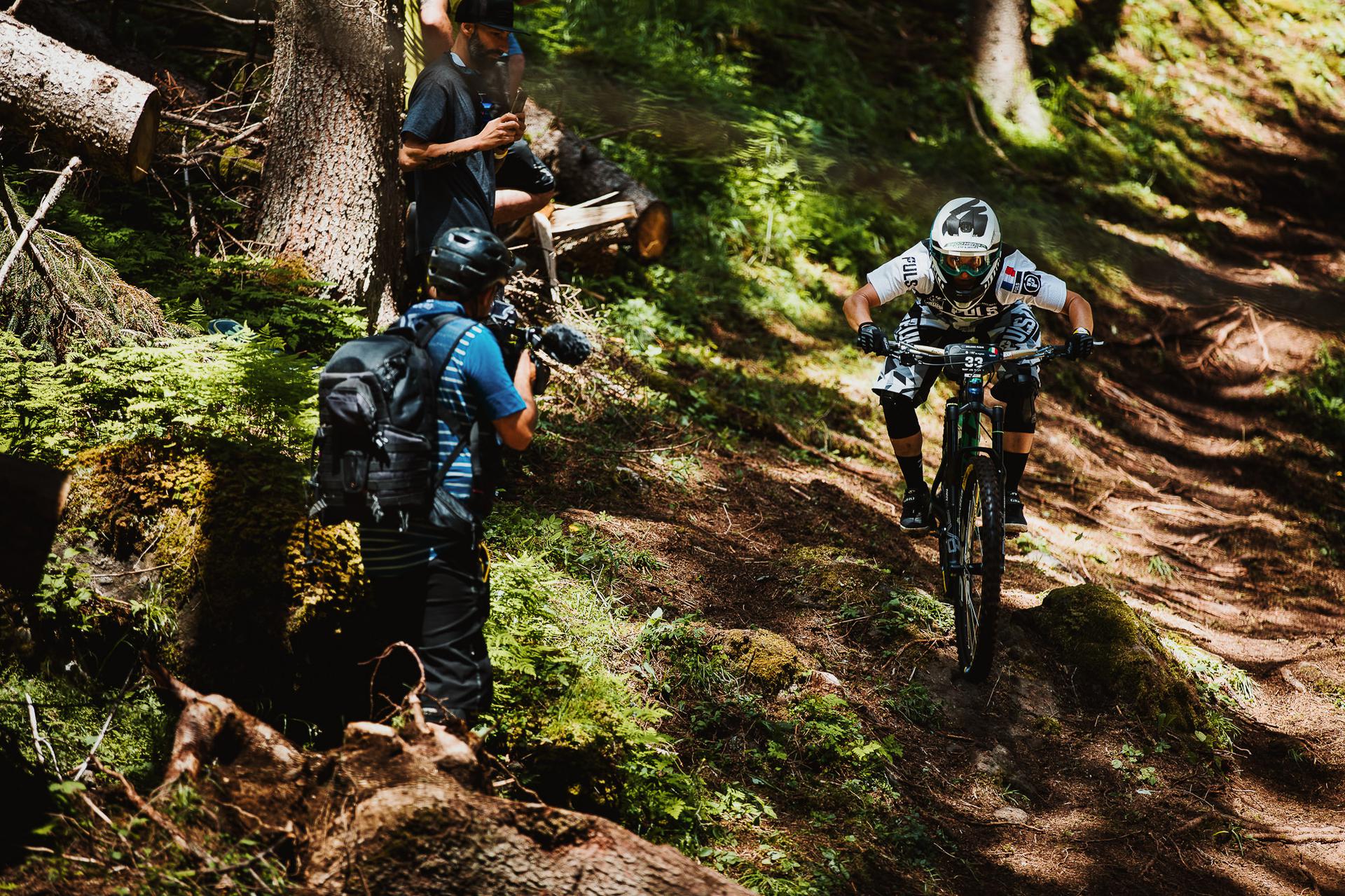 Pro skier Camille Rast took the Pro Stage win in the women’s race, but it wasn’t enough to propel her up the leaderboard once racing got underway again for three stages on Saturday. Instead it was Melanie Pugin who took control of the race, making the most of the favourable conditions on Saturday to win the first stage of the day. Her ten second lead only grew from there, culminating in an impressive 36 second margin to win the race.

Morgane Charre (Pivot Factory Racing) put in another consistent performance to claim second, whilst former U21 Series Champion Harriet Harnden (Trek Factory Racing) took third in what is only her second race since moving into the elite women’s field. Race one winner Isabeau Courdurier (Lapierre Zipp Collective) just missed out on the podium with a fourth place finish. 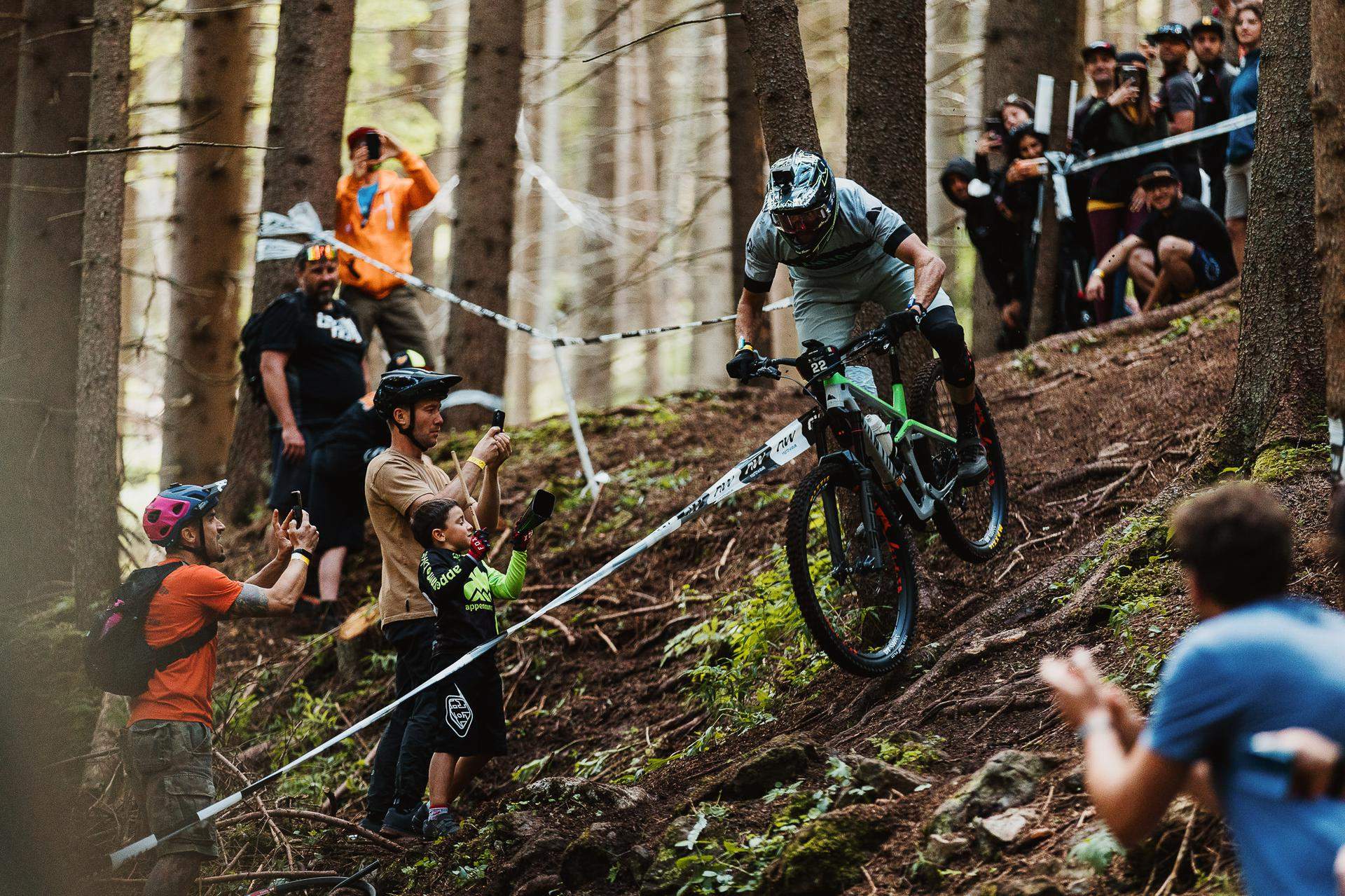 In the men’s race Richie Rude (Yeti/Fox Factory Racing) looked to be unstoppable after winning both the Pro Stage on Friday night and the first stage of the race on Saturday. But Jack Moir (Canyon Collective) had other ideas and put the power down to win the final two stages of the day, sealing the deal on his first EWS win. Rude was forced to settle for second place on a course he’d won so decisively just a few days before.

After starting the day in third place after the Pro Stage, Jesse Melamed (Rocky Mountain/Race Face Enduro Team) held on all the way to the final stage, but a 15th place finish on the Queen Stage ensured that Charlie Murray (Specialized Racing) strong finish would see him rewarded with the third step of the podium. 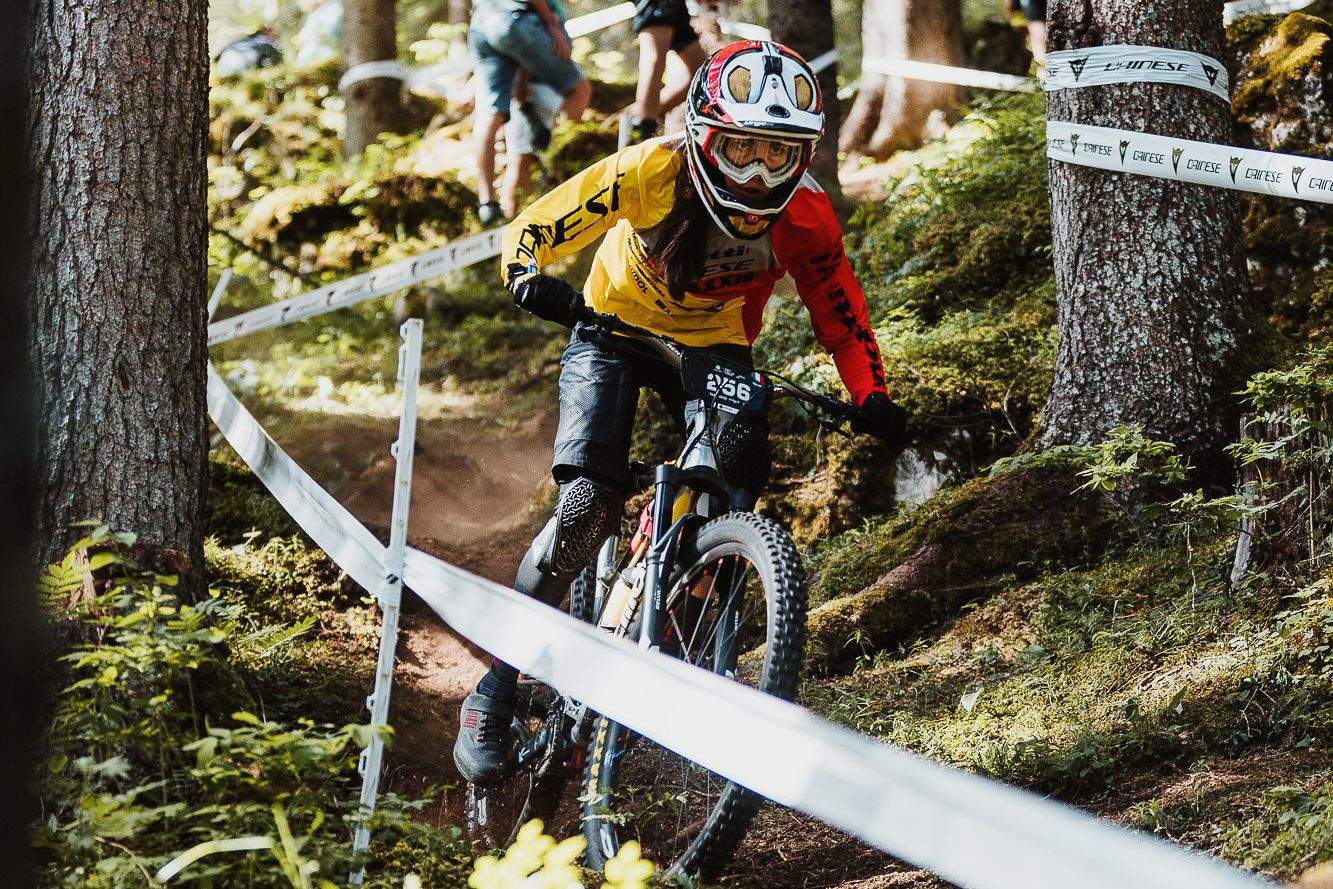 In the U21 Men Jamie Edmondson continued his winning streak to claim victory for the second time in a week, with Luke Meier-Smith taking second and Alexis Icardo (Theory Global Enduro Team) third. In the U21 Women Sophie Riva took the win on home soil, followed by Jessica Blewitt in second and Polly Henderson in third.

Canyon Collective won Team of the Day, followed by Pivot Factory Racing in second and Ibis Enduro Team in third.